Black Lives Matter (UKBLM) – a coalition of black activists and organisers across the UK that originated in 2016.

Hope not Hate – uses research, education and public engagement to challenge mistrust and racism, and helps to build communities that are inclusive, celebrate shared identities and are resilient to hate.

Show Racism the Red Card  –  an anti-racism educational charity that uses workshops and training sessions, among other resources, to educate on and combat racism.

Stand up to Racism –  a network of anti racist organisations across the UK organising demonstrations and conferences to bring anti-racist activists together.

The Institute of Race Relations – research and analysis that informs the struggle for racial justice in Britain, Europe and internationally.  See their Calendar of Racism and Resistance A fortnightly resource for anti-racist and social justice campaigns, highlighting key events in the UK and Europe and wide range of educational resources.

The Racial Justice Network (RJN)  – a network of individuals, communities and organisations working together to end racial injustice and address legacies of colonialism

Kick It Out –  an organisation in England that uses football in order to promote equality and inclusivity.

Stephen Lawrence Charitable Trust – tackles inequality in all forms and is committed to transforming the life chances of young people and improving the world in which they live.​

Equanicity is an inclusive collective that works to change the damaging narrative of misinformation, prejudice and biased  perceptions in their efforts to combat racial inequalities.

CRER: Coalition for Racial Equality and Rights works to eliminate racial discrimination and harassment and to promote racial justice across Scotland.

Race Equality First works to raise awareness of and fight discrimination and hate crime in Scotland.

The Black Curriculum is a social enterprise founded in 2019 by young people to address the lack of Black British history in the UK Curriculum.

SARI- Stand Against Racism and Inequality provides support for victims of any type of hate crime including racist, faith-based, disablist, homophobic, transphobic, age-based or gender-based. It is Bristol based and also provides education, training and cultural awareness tours. 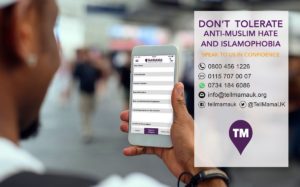